Team MAMA volunteer Jess shares the story of her son Leo in support of our #stillBORN campaign for Baby Loss Awareness Week, which runs from 9-15 October. Read more about our campaign.

Our journey to Leo started four years ago, at the Alternative Parenting Show in London. We knew, being a same sex couple, that we would need a little extra help becoming parents and wanted to find out more about the ins and outs of fertility treatments. The show was positive, people kept telling us that I was ‘young and healthy’ at 25 so it shouldn’t be too difficult. We set out and saved for three cycles of natural IUI, naively thinking we probably would only need two. All three cycles failed, so we moved on to IVF. On our second IVF cycle, we fell pregnant, and had two other embryos frozen – finally, something seemed to go in the right direction two and a half years after we started.

Whilst we were considered high risk because of the IVF conception, our pregnancy with Leo was pretty straight forward. I didn’t experience any complications, and as the months ticked into weeks, I started to realise that this was actually finally happening! I finished work just before Christmas, 2015 ready for an early February baby. During my pregnancy Leo would have spells of being quieter than usual. He wasn’t a particularly active baby, but early on I did mention it to my midwife and consultant, and researched fetal movements, but as Leo’s quieter days were in a pattern, they were quite happy unless that pattern changed. One morning in January though, it was different, he wasn’t just quieter, he was still. At 37 weeks pregnant, I had got up for breakfast, and gone back to bed for a nap. When I woke up from my nap, I realised that I wasn’t feeling him move. I got myself into all his preferred positions, and nothing changed. I prodded and pocked him, and found his feet, and still nothing. I think at that point, I knew. He wasn’t just having a quiet moment, there was just nothing.

We went to the local Maternity Assessment Unit, and they tried and failed to find his heartbeat. It was like the world just stopped moving, and time stood still. I had been so fearful throughout the pregnancy that something like this would happen, but my mind had never considered what that would actually look like. We were at the hospital for about 5 hours that day, although I’m not really sure what happened. The doctors spoke to us, explained what was going to happen, we phoned our parents and broke the news to them, and then we were shown the Bereavement Suite that we would be staying in, and given our bereavement pack from SANDS. I took the initial induction tablet and was advised to return to the hospital two days later to begin induction.

The day in-between was just horrendous. In some ways it was the worst day of that initial period. We just sat – gone. I didn’t know what to think, I was so scared of what was to come. Leo was still inside me, I was still carrying him, and I could feel him – but he wasn’t moving. It was heartbreaking and a constant reminder that he had died.

When we returned to the hospital, we began induction on the delivery suite, but in a room away from the main noise of the delivery ward. We were cocooned in safety of our room for nearly 24 hours, and looked after exceptionally. By this point we had been able to get into a mindset that allowed us to approach labour without the fear, but own it. It was still going to be our first labour, our first child was going to be born – and that was still a special, amazing thing. We danced, joked, gossiped. We created memories. Once my contractions started, it progressed quite intensely. After a good couple of hours of contractions, I had an epidural and got a quick bit of rest. When we were then checked on for the final induction tablet, I was 10cm dilated and Leo was well on his way! It was amazing to finally get to that point, and to meet our son. As scary as it was – no-one could really tell us what to expect, what he would look like – he was our son, and finally he was safe. 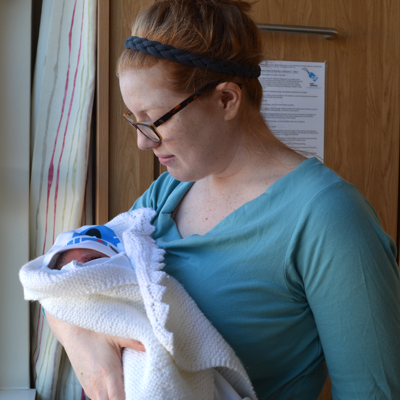 We spent three days in the bereavement suites with Leo, soaking up all of the details of him. Holding him, and taking hundreds of photos. Our families got to meet him, which was really important. We are so grateful of that opportunity, of being able to introduce our son to the world, and for him to be real – not just a pregnancy that was no more. You instantly learn how to parent a baby who isn’t alive, the benefits of keeping the cold, and the need to be gentle with their skin. Your parenting instincts don’t leave, just because they have died. Your love is overflowing and your pride still beams.

About 4 months later we had his post mortem report, and they discovered that his placenta was significantly smaller than it should have been based on his size. Whilst some babies manage to cope with this, something happened on the 14 January 2016, that he couldn’t cope with. He had managed to push through not having a big enough reserve, and get to a decent, healthy size – but he just couldn’t cope with whatever happened to him that day. We will never know what the final thing was, but we are pleased that he gave us the answers that he could. He failed to reach his growth potential, yet still sat within ‘normal’ for his development – he was just simply too polite about whatever struggles he was having.

Leo Phoenix lives on, in us, and in everything that we do. He is the reason that we keep on fighting.