Currently being distributed within over TWO THIRDS of NHS Trusts as part of the governments stillbirth strategy to reduce stillbirth by 50% by 2025. The content on the wallet forms part of the DH and Sands safer pregnancy messaging and we are working in partnership with NHS England on a mission for every mother to receive one for consistency of care.

The wallets are usually given to mothers by their midwife at the booking in appointment to protect the antenatal notes and they aid discussions such as quitting smoking and reporting symptoms such as preeclampsia and reduced movements. Mothers are regularly empowering themselves with essential pregnancy knowledge in the waiting room. This ensures that key messages such as monitoring babies’ movements become second nature to the woman as she carries the wallet with her.

A pilot generously funded by NHS England, saw 80,000 Wellbeing Wallets distributed within 15 NHS Trusts across the country. All of the trusts reported a decrease in stillbirth rates whist the wallets were in use. Midwives noticed that women regularly read the information printed on their wallet whilst waiting for appointments and they made women act on concerns rather than ignore them, citing three cases where, acting on the information had undoubtedly saved babies lives. Read our full report. 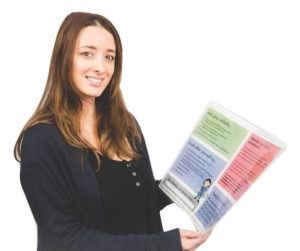 An audit conducted within the Maternity Day Assessment Units of St.George’s and Lewisham & Greenwich hospitals found over 70% of women read the wallets regularly. 14% reported that their attendance at the day assessment unit was prompted by the Wellbeing Wallet; with reasons mainly being reduced fetal movements, but also included warning signs of other significant health conditions including pre-eclampsia. Women did not report any anxiety caused and over 80% of women felt the information on the wallet was clear even though 40% of them spoke English as a second language. All the staff felt there were no unnecessary attendances.

Our sincerest thanks goes to the Department of Health for ensuring the content of our wallet include their Safer Pregnancy Messaging. 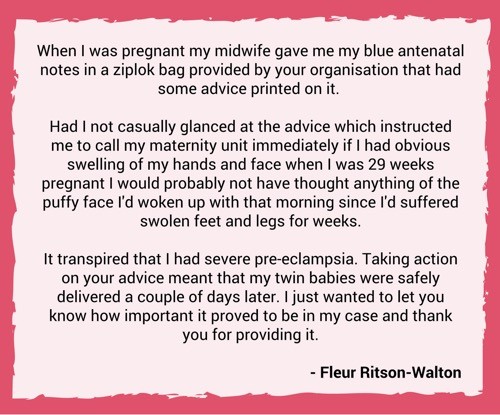 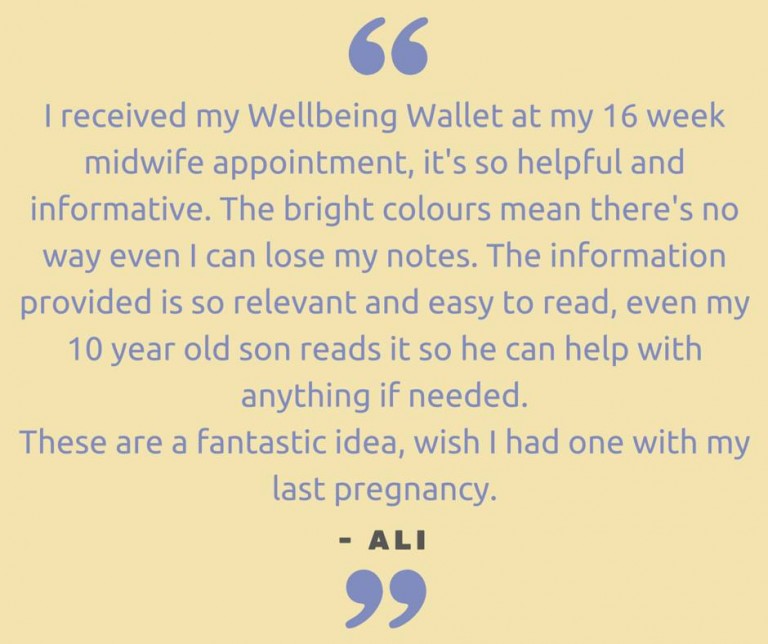 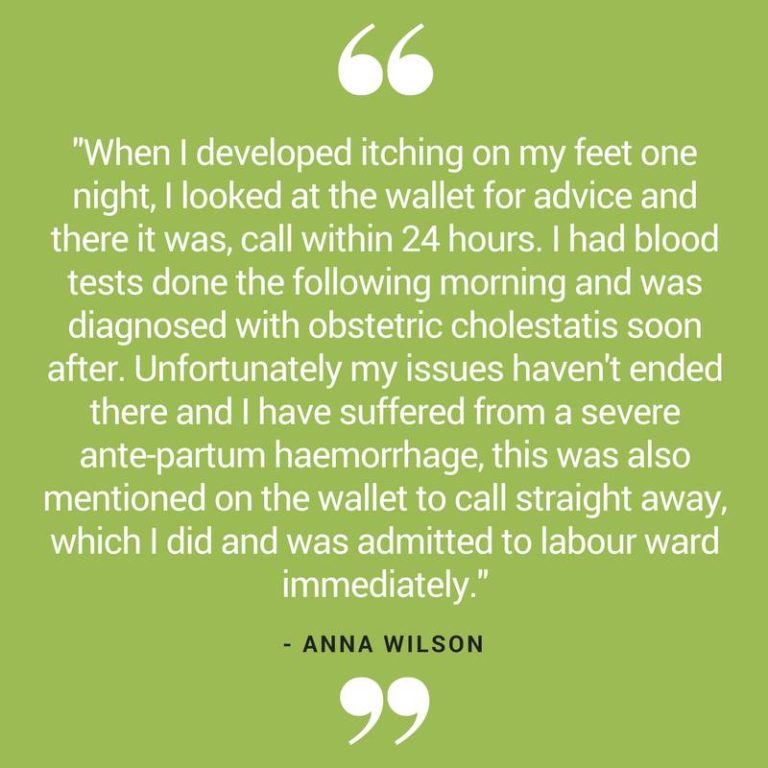 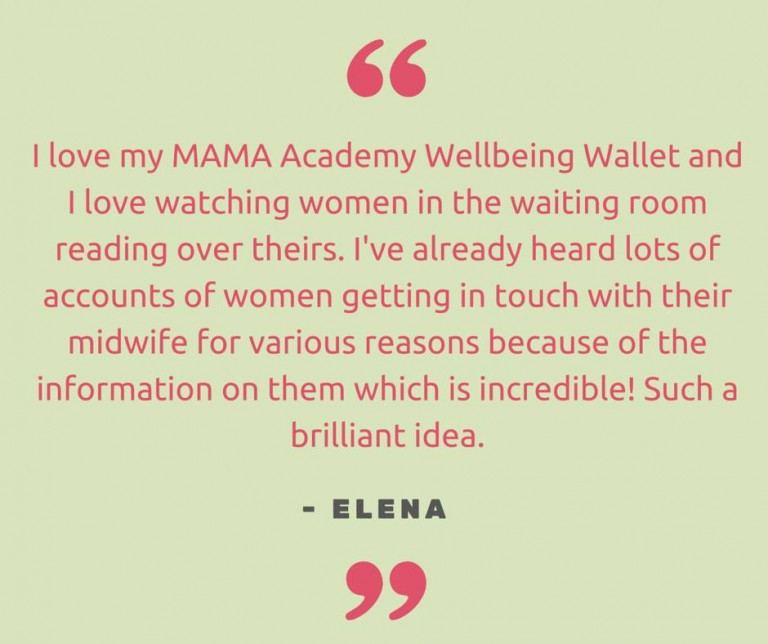 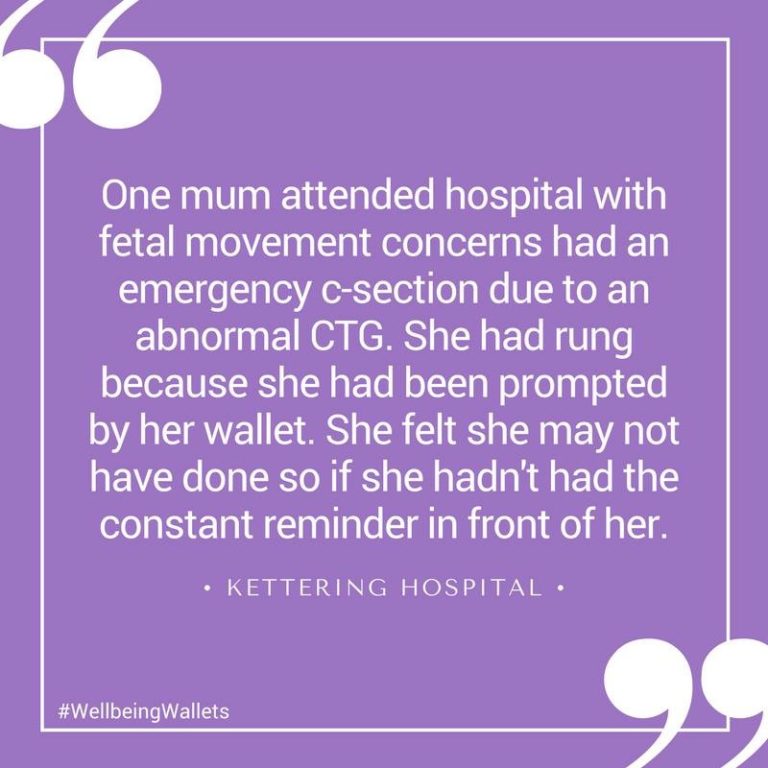 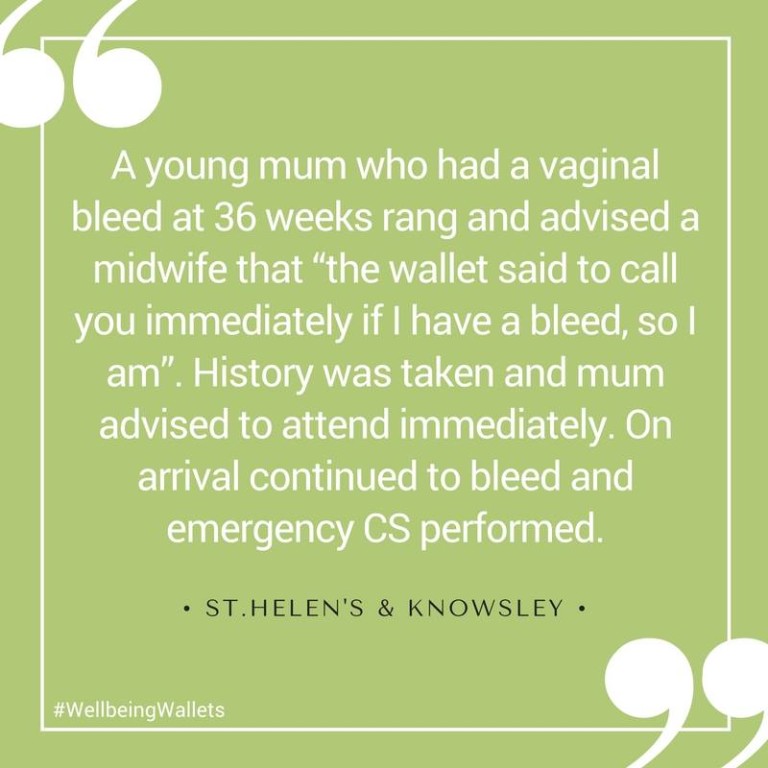 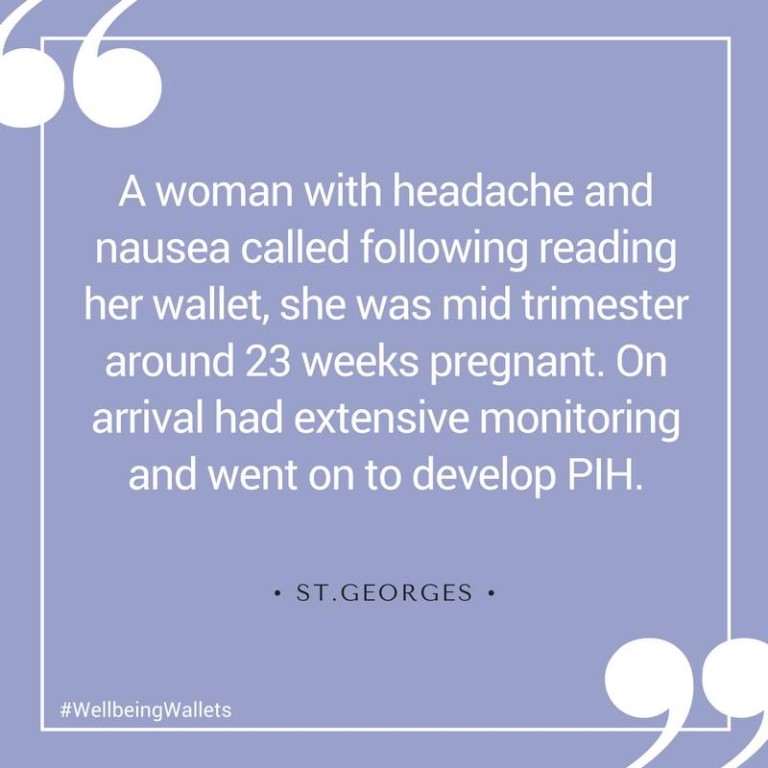 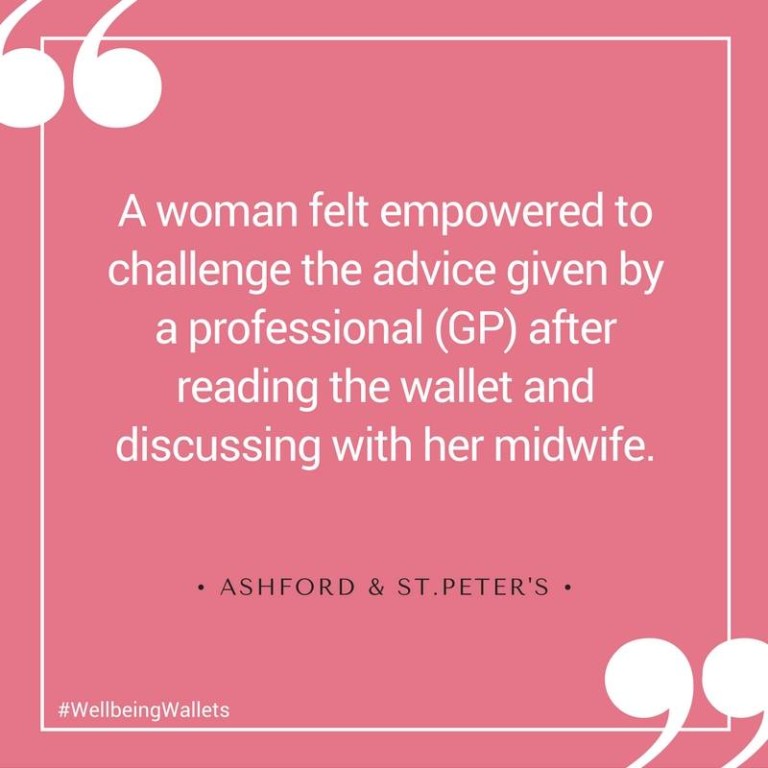 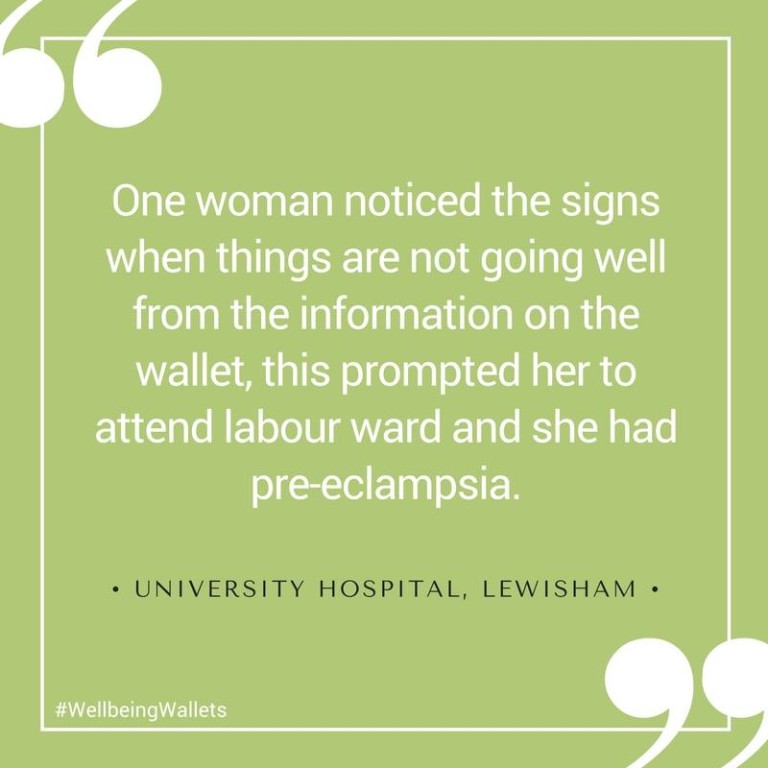 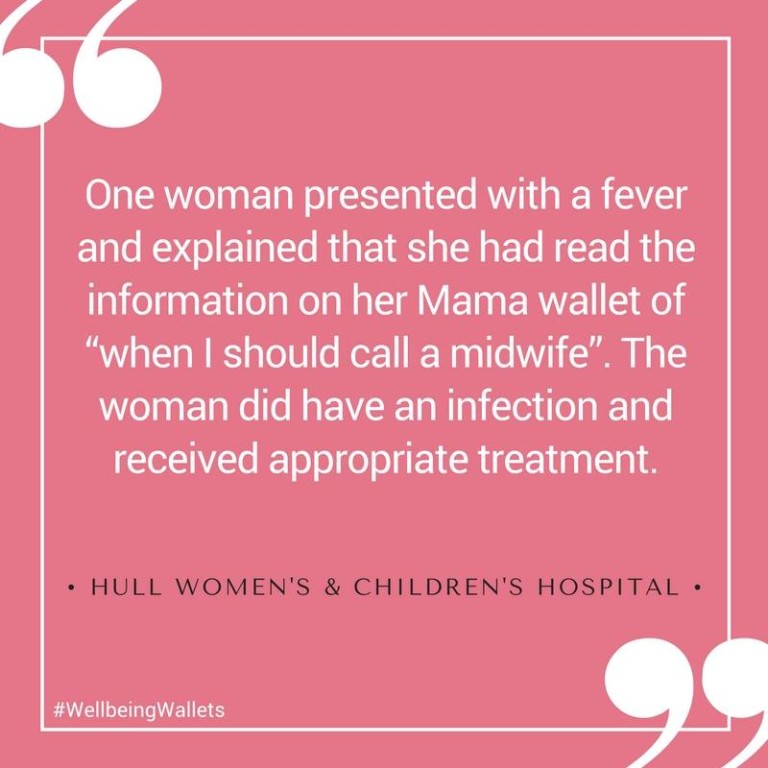 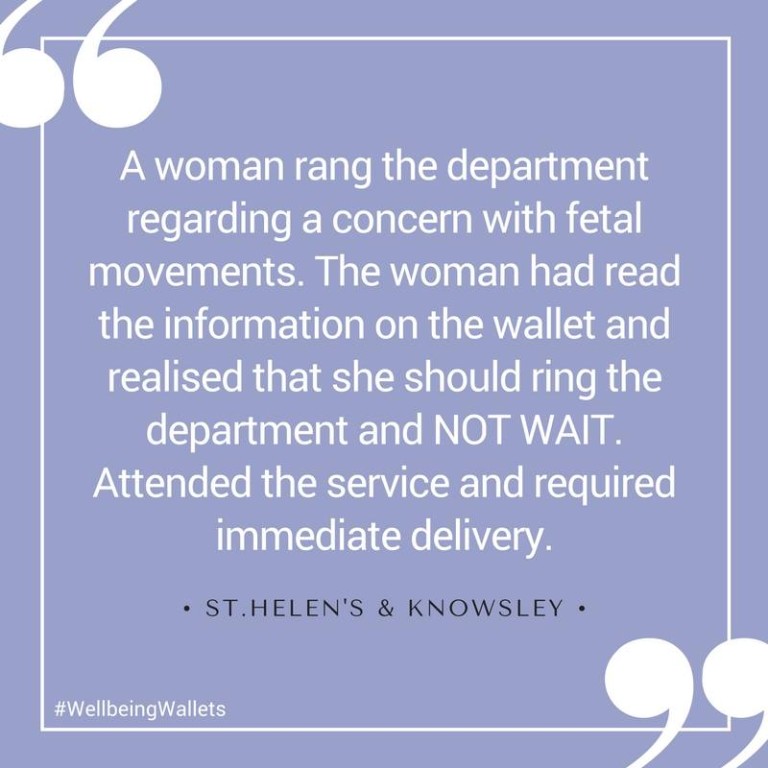